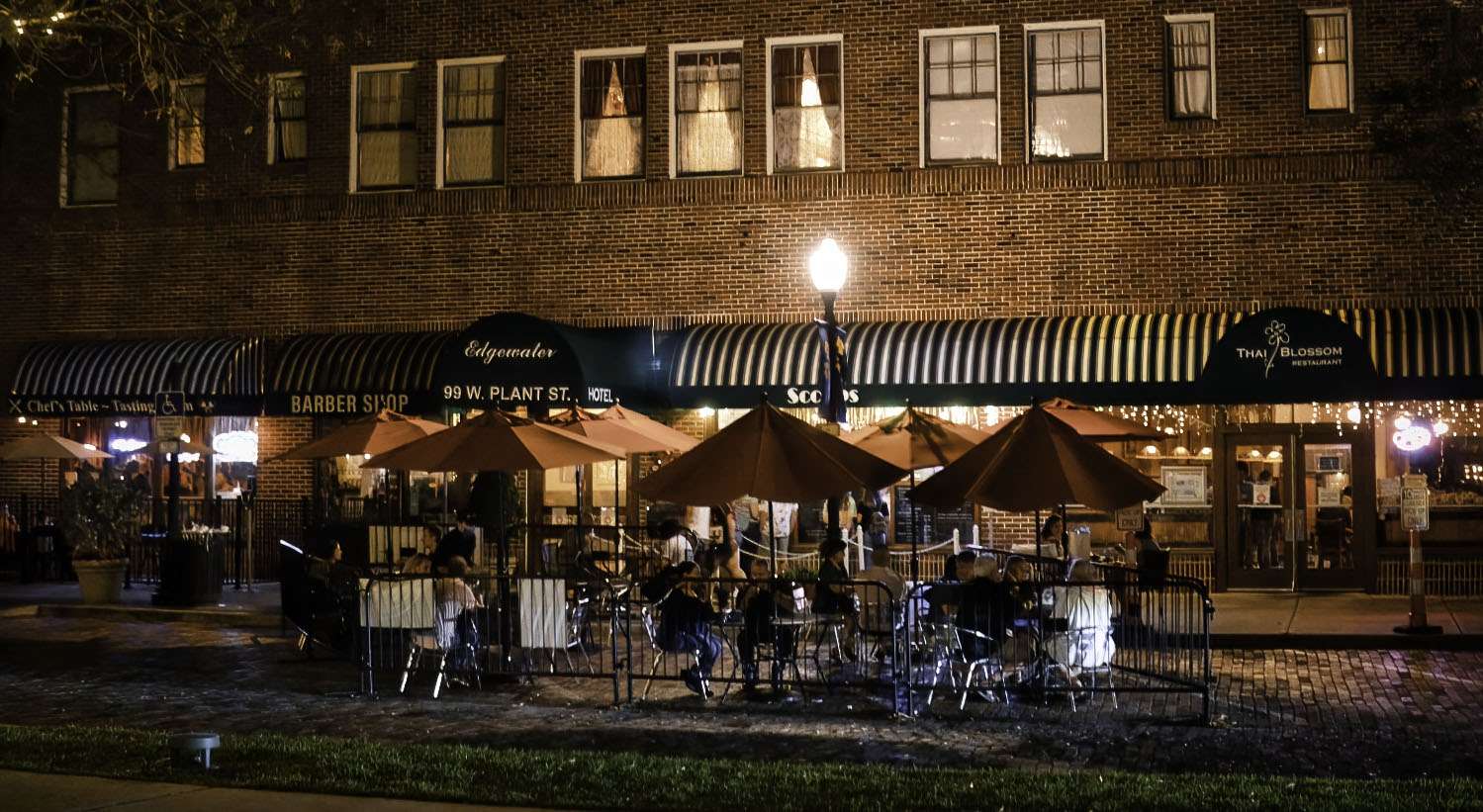 I used to live in Connecticut, the southwestern part that looks like the stubby short tail of a Manx cat. The Winter’s were cold. Many of the local TV stations we picked up were broadcast out of New York.

A TV commercial playing at the time was for the Broadway musical Cats, which was running at the Winter Garden Theatre on Broadway. I was young. I thought there was a place called Winter Garden, in New York.

I was wrong about the location; it exists, not in the North, where you might expect it, but in the South, in that part of the US that resembles the tail of an American Shorthair cat: Florida. To quote Yoda, “unexpected this is”, which is a great description for Winter Garden, Florida: unexpected, but in the best possible ways.

With an approximate population of around 48,000, Winter Garden has a lot to offer, and would be happy to welcome your visit.

Situated just 14 miles West of Orlando, in Orange County, accessibility to area attractions is only a stone’s throw.

But maybe this time you fancy something a bit different, to the area theme parks, and standard tourist traps. Perhaps you prefer a past that blends into the present.

If you’re searching for a place to stay for a few days, try the Edgewater Hotel, established in 1927.

The hotel is located on the West Orange Trail (we’ll talk about that later), at 99 W. Plant street, part of a redeveloped historic district, where local shops and restaurants dominate. The 52-room four-story building strives for a more intimate environment as a bed and breakfast, with its early twentieth century feel, and an original 1926 Otis elevator operated by hotel staff. The motto: “charming little city with a juicy past” is certainly appropriate at the Edgewater, as former guests include icons of early cinema like Clark Gable, Humphrey Bogart and Errol Flynn.

The Hotel is also home to:
•  Earl Brigham’s Barbershop if you need a quick trim.
•  The Tasting Room which serves alcoholic beverages and small plates of food.
•  The Chef’s Table at Edgewater for fine dining and ambience, and
•  Thai Blossom for the best in Thai cuisine.

If at the end of a great meal you still have space for dessert, try Scoops Old Fashioned Ice Cream Store. Try the Peanut Butter Swirl. You won’t be sorry, well okay, maybe a little bit.

We haven’t even left the hotel yet, but we’re about to, as we travel along part of the 19-mile-long West Orange Trail, which runs from Apopka to Oakland and through the center of Winter Garden.

Along the Trail, you can enjoy a leisurely stroll, rollerblading, a brisk run, or a bike ride.

Two miles to the West, toward Oakland, is a beautiful butterfly garden.

Winter Garden also has two parks, where you can picnic, or relax and read a book under a tree.

On Lake Apopka is a public boat ramp in case you feel like renting a boat, or doing a bit of fishing.

Returning to town, we find the Winter Garden Heritage Foundation which, in addition to the Garden Theater (see below), is responsible for the management of two local museums, and an education center, all open to the public:

The Heritage Museum is where the exhibits transport you into Winter Garden’s rich history.

The History Research and Education Center, contains an archive of historical documents.

If, for some reason, you get museumed out, (museumed, as part of the verb to museum) a little sightseeing in the commercial district of Plant and Main Street, will clear your head, and take you back to 1912, and the unique architectural design of the period.

A similar experience awaits you in the historic residential district, with a boundary at Central Avenue, Plant Street, Boyd Street and Tilden Street.

Following your excursion into the past, you might be ready for a cup of coffee.

Perhaps you’d rather have something to eat.

You will be spoiled for choice: local restaurants are abundant along W. Plant Street, like those previously mentioned at the Edgewater Hotel.

The highly recommended Three Birds Cafe at 2 W. Plant Street, comes to mind, and is one of the best soup, sandwich and salad places around, and yes, they do serve great coffee, wine and beer.

In fact, the beer at Three Birds was made locally, on the same street, at the previously mentioned Crooked Can Beer Company, where you’ll find award winning beer hand-crafted on site.

Don’t forget the Winter Garden Pizza Company at 42 W. Plant Street or The Whole Enchilada at 129 W. Plant Street, for a touch of Southwestern US and Mexican tastes. Gems also exist along side streets, like Sweet Dee’s Cupcakery at 21 S. Main Street. They can provide you with a custom cakes for any occasion, or as it says on the can, a cupcake (or five). I would recommend the Death by Chocolate cupcake, no further explanation required. I will not justify my actions to you.

1am-6pm. Individual vendor hours may differ. There’s an old-fashioned Butcher there, providing tender cuts of quality meat. He also sells produce and other food products. Most of the other vendors are also local, focusing on sustainable, environmentally-friendly products.

So many choices, people making, creating, cooking, doing so many different things; arts, crafts, artisan breads and cheeses, pizza, handmade ice pops, locally brewed beer, fresh juices, it’s all here! And like Morpheus says in the Matrix: “I can’t tell you what the Plant Street Market is, you have to see it for yourself!” Okay, so he didn’t actually say it, in the Matrix, like that, but he would say it if he visited the Plant Street Market.

However, if your heart’s desire can’t be found here, you’re likely to find what you’re looking for through a local shop or restaurant along W. Plant Street.

Or, you could pay a visit to the open-air Winter Garden Village at Fowler Groves open from 10am to 9pm off RT 429: 3041 Daniels Road. This is where many nationally recognized stores from Best Buy to Victoria’s Secret to Book Warehouse can be found. There are also about 20 restaurants to choose from, some local like Aji Sushi & Teppan, mixed with national chains like Bonefish Grill and Chick Fil-A. The national chains, situated in this way, complements, but does not overshadow, the local retail scene.

Speaking of local, if you have the flavor for some fresh sustainable produce, not shipped from every corner of the globe; every Saturday from 8am to 1pm is the Winter Garden Farmer’s Market at 104 S. Lakeview Avenue.

This is another historical venue owned and operated by The Winter Garden Heritage Foundation, as of 2004, but was first opened in 1935. The building was restored, as an architectural and historical landmark, during the redevelopment of the Historic District.

Here, inside the 299 seat venue, you’re likely to experience: concerts, the performing arts and film.

Winter Garden, FL, is a small thriving, lively, cultural community. It’s not cold here at all, even in the winter, but it is like a beautiful garden in spring and this is why I love Winter Garden, Florida.

It’s not at all like that time I stood outside the Winter Garden Theater, in New York, in the winter, freezing my buns off, waiting to see Cats.

As a professional for Exit Real Estate Results, I am able to find that perfect home to fit your needs and lifestyle in the Orlando, Florida region. I possess the resources, the tools, the team, and technology to help you effectively buy or sell your home. I am your personal agent serving in Orange, Seminole, Lake, Osceola, Brevard, Volusia, and Polk counties. Let’s enhance your quality of life and business together!

10 Staging Secrets from the Pros for a Quick Home Sale at Top Dollar According to the National Association of Realtors, staging a home prior to listing it can result in a faster and more...
Read More
March 29, 2022

New Build or Existing Home: Which One Is Right for You?

New Build or Existing Home: Which One Is Right for You?  Homebuyers today are facing a huge dilemma. There simply aren’t enough homes for sale.1 Total housing inventory2 at the end of February totaled 870,000...
Read More
March 3, 2022

A Homeowners Insurance Guide No one likes to think about disasters. Severe weather, fire, theft—or even a seemingly small issue like a broken pipe—can wreak havoc on your home and result in thousands of dollars...
Read More

This site uses Akismet to reduce spam. Learn how your comment data is processed. 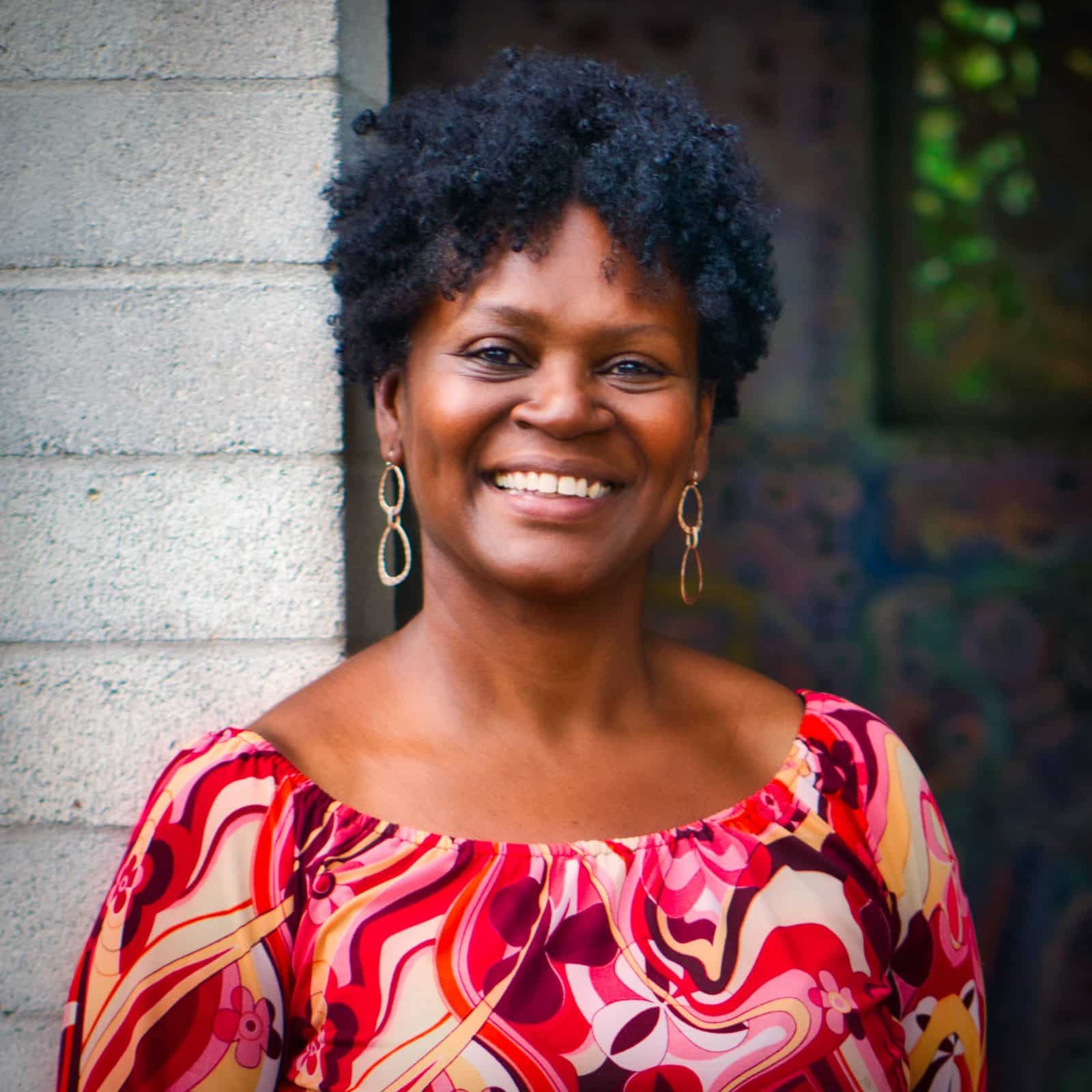 As a professional for Exit Real Estate Results, I am able to find that perfect home to fit your needs and lifestyle in the Orlando, Florida region. I possess the resources, the tools, the team, and technology to help you effectively buy or sell your home. I am your personal agent serving in Orange, Seminole, Lake, Osceola, Brevard, Volusia, and Polk counties. Let’s enhance your quality of life and business together!
More

This website uses cookies to improve your experience while you navigate through the website. Out of these cookies, the cookies that are categorized as necessary are stored on your browser as they are as essential for the working of basic functionalities of the website. We also use third-party cookies that help us analyze and understand how you use this website. These cookies will be stored in your browser only with your consent. You also have the option to opt-out of these cookies. But opting out of some of these cookies may have an effect on your browsing experience.
Necessary Always Enabled
Necessary cookies are absolutely essential for the website to function properly. This category only includes cookies that ensures basic functionalities and security features of the website. These cookies do not store any personal information.
SAVE & ACCEPT
Call Annie Right Here!
Let’s enhance your quality of life and business together when buying or selling your home!
Click Here to Call Annie at (321) 421-9903
Send this to a friend